On August 14th we hosted a Cupcake Day to raise funds for Wodonga Dog Rescue. With the help of many local businesses who donated prizes we were able to raise $2,035.35! Once again, Ray White Wodonga took part in the inspiring Ray White tradition of “A Little Ray of Giving” in 2018. This year saw us partner with both Rotary Club of Belvoir – Wodonga  and The Carevan Foundation to help disadvantaged children experience the joy of Christmas. We had another amazing response from the community and were able to collect over 100 presents for local children in need. 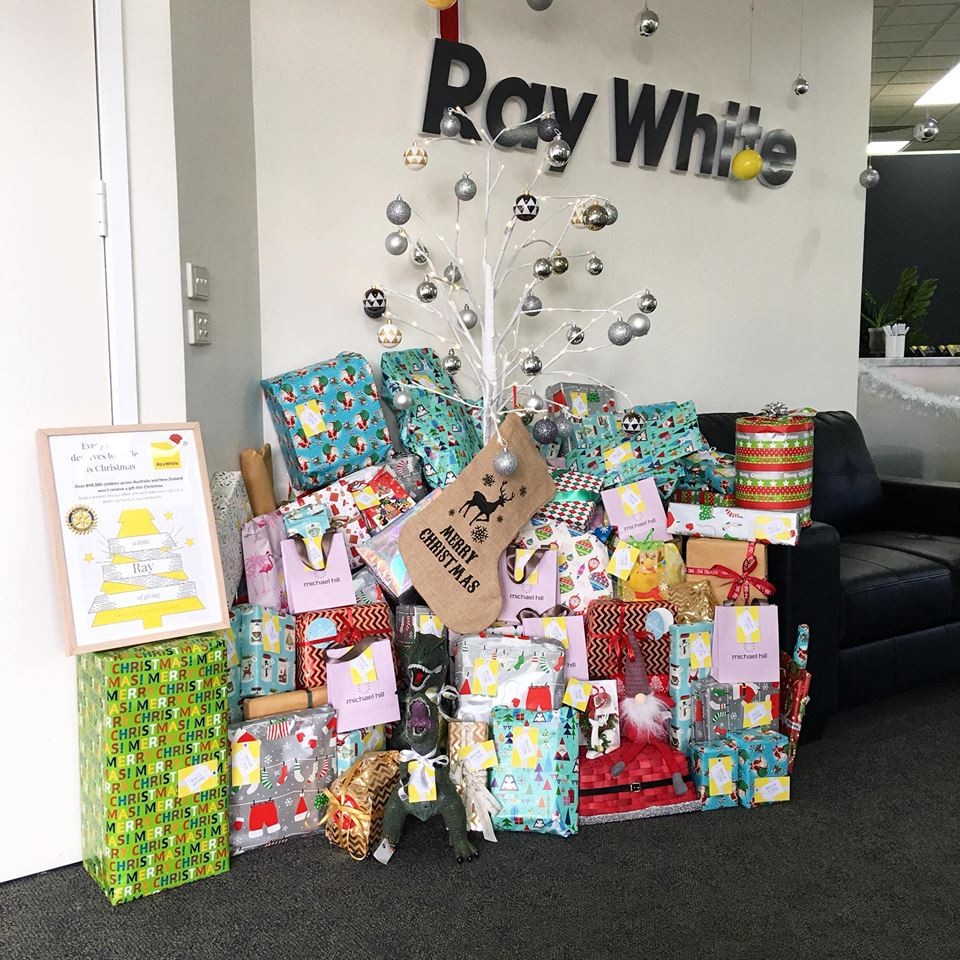 Narelle donated her time in October 2018 to MC the Meg’s Children Oktoberfest fundraiser and conduct the charity auction which helped to raise over $15,000. Ray White Wodonga were proud to Sponsor “Nunsense” when it featured at The Cube Wodonga in September 2018. Narelle Robinson also starred in the musical comedy as Sister Mary Hubert. 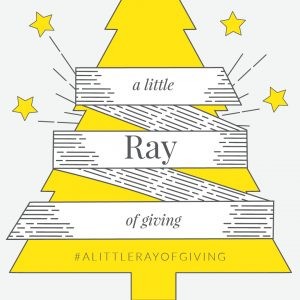 In 2017, Ray White continued its popular tradition of giving with the return of A Little Ray of Giving. The inspiring Christmas campaign saw us partner with Rotary Club of Belvoir – Wodonga to help disadvantaged children who were in need of a little extra light in their festive season. We had an amazing response from the community in 2017 and were able to collect 149 presents for local children in need. You can view a time-lapse video here.

St Monica’s Primary School‘s Country Fun Fair was held on Saturday 25th March 2017 and as major sponsor, we were there to show our support.  As well as handing out show-bags, Ray White Wodonga also provided entertainment with Narelle hosting various events including the Spinning Wheel. 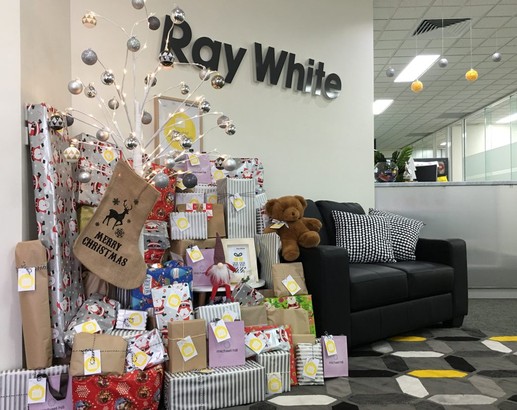 Throughout December 2016, we took part in the inspiring Christmas Campaign, “A Little Ray of Giving”. We partnered with Rotary Club of Belvoir – Wodonga and called on the local community to embrace the giving season and dig deep for local families in need.  Ray White has run the initiative across Australia and New Zealand each December since 2012.  Being our first year in business, we were excited to participate and were overwhelmed with the response from the community.  Together we collected 87 gifts for families in need. Narelle happily donated her time to help with the fundraising efforts at the “Quarry to Classroom” Gala Dinner and Jazz Night held at the Commercial Club on November 5th 2016. Narelle hosted the charity auction and her efforts were praised by Phil Arnold from Worldshare.